From their expertise to their dedication, the team at The Performance Lab is undoubtedly the key to us helping our athletes reach their maximum performance levels and getting all of our patients back to their healthiest self.


As a world-class facility, and being the only one of its kind in Canada, The Performance Lab has welcomed athletes and rehabilitation clients from Europe, the Middle East and all across North America. 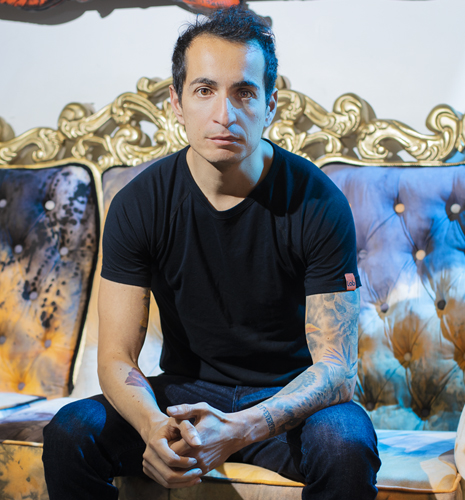 Dr. Carmine Filice is the Founder and Director of The Performance Lab, and has pioneered the effort to bring sports science from the laboratory to the field. Carm has worked with the leaders in sports medicine, rehabilitation, and training around the world. He began his journey into the world of sports science at the Peak Performance Project (P3) in Santa Barbara and Sparta Science in Silicon Valley.

From his many years working at the professional level, Carm has developed a reputation for his superior diagnostic capabilities in both rehabilitation and performance training settings. Working with athletes from professional leagues that span the globe has helped him hone his craft of using cutting edge technology to make sure his athletes and patients alike are achieving the best results possible. Carm has worked with people from all walks, from weekend warriors to members of leagues like: MLB, MLS, NHL, NBA, AVP, MMA, WTA, ATP, World Champions and Olympians. With such a global reputation, confidential clients from around the world have requested services from Carm since he established The Performance Lab in 2011.

Carm has been working to put together a team of the best and brightest minds at The Performance, who collaborate to create an innovative approach to apply sports science to athlete performance and recovery. 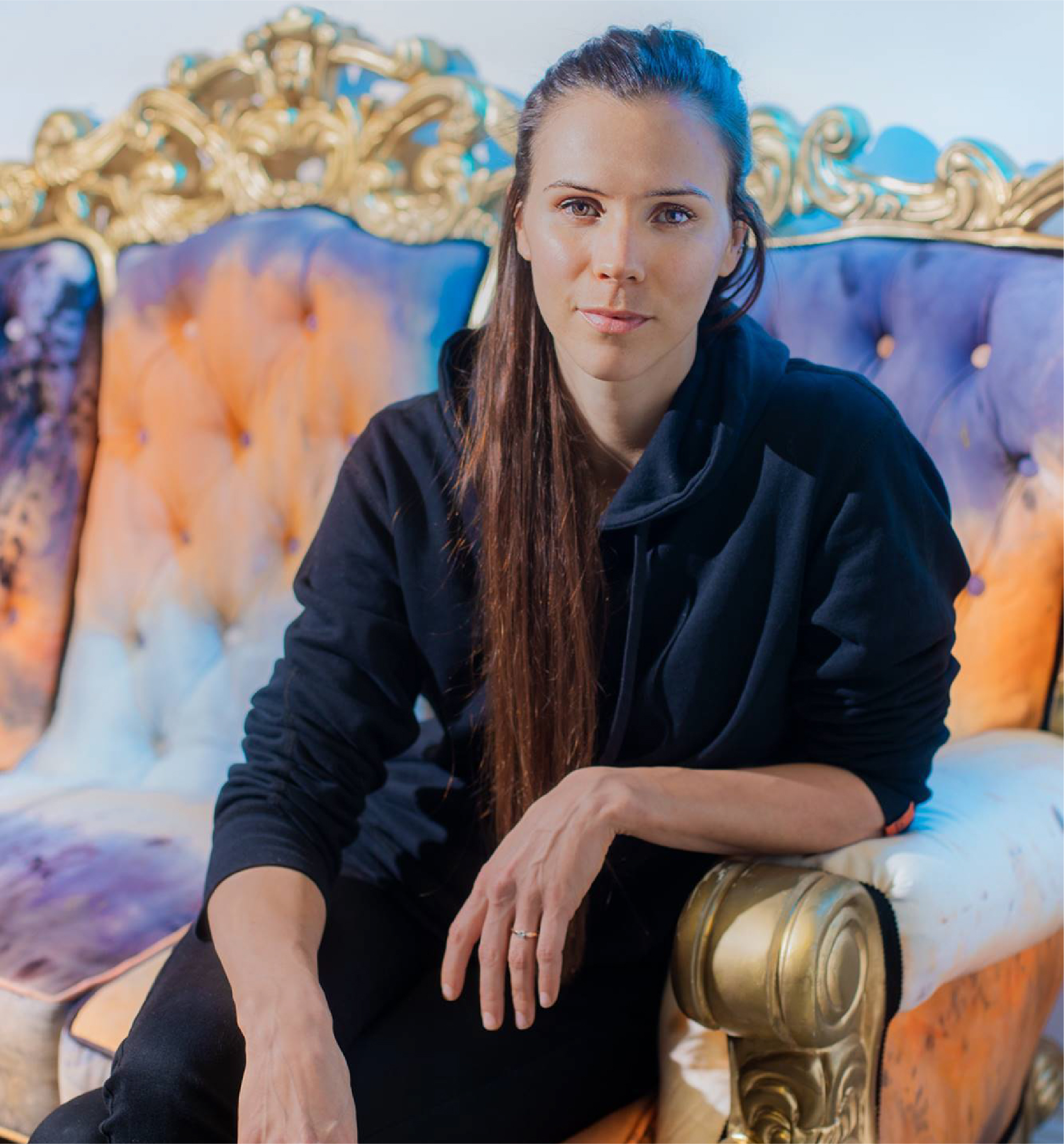 Kait Jackson is truly an expert in how the human body moves. Kait understands the unique demands of the athletes she works with having been on the other side as an NCAA Division 1 Indoor Volleyball player and having trained with Beach Volleyball Canada. After completing a Bachelor’s degree in Kinesiology and her Master’s Degree in Biomechanics, she set out to be the best at understanding what makes an athlete truly great.

Her extensive research in Sport Performance Analytics using 3D Motion Capture, EMG, and Force Plate technology has given her the tools to design highly specific and effective training programs that reflect the uniqueness of each individual athlete. Her focus is on the kinetic and kinematic variables that impact how each athlete’s hardware (body) and software (neurology) work together to produce optimal performance. There are many aspects of movement that we cannot see with the naked eye – they are hidden under the hood. With the latest technology that we use here at The Lab, Kait is able to peek under that hood and find the inefficient patterns that are hindering performance or leading to injury.

With almost a decade of experience working with youth teams to professional and Olympic athletes, Kait has finely tuned her understanding of what makes an athlete stand out and how to help them uncover their true potential. 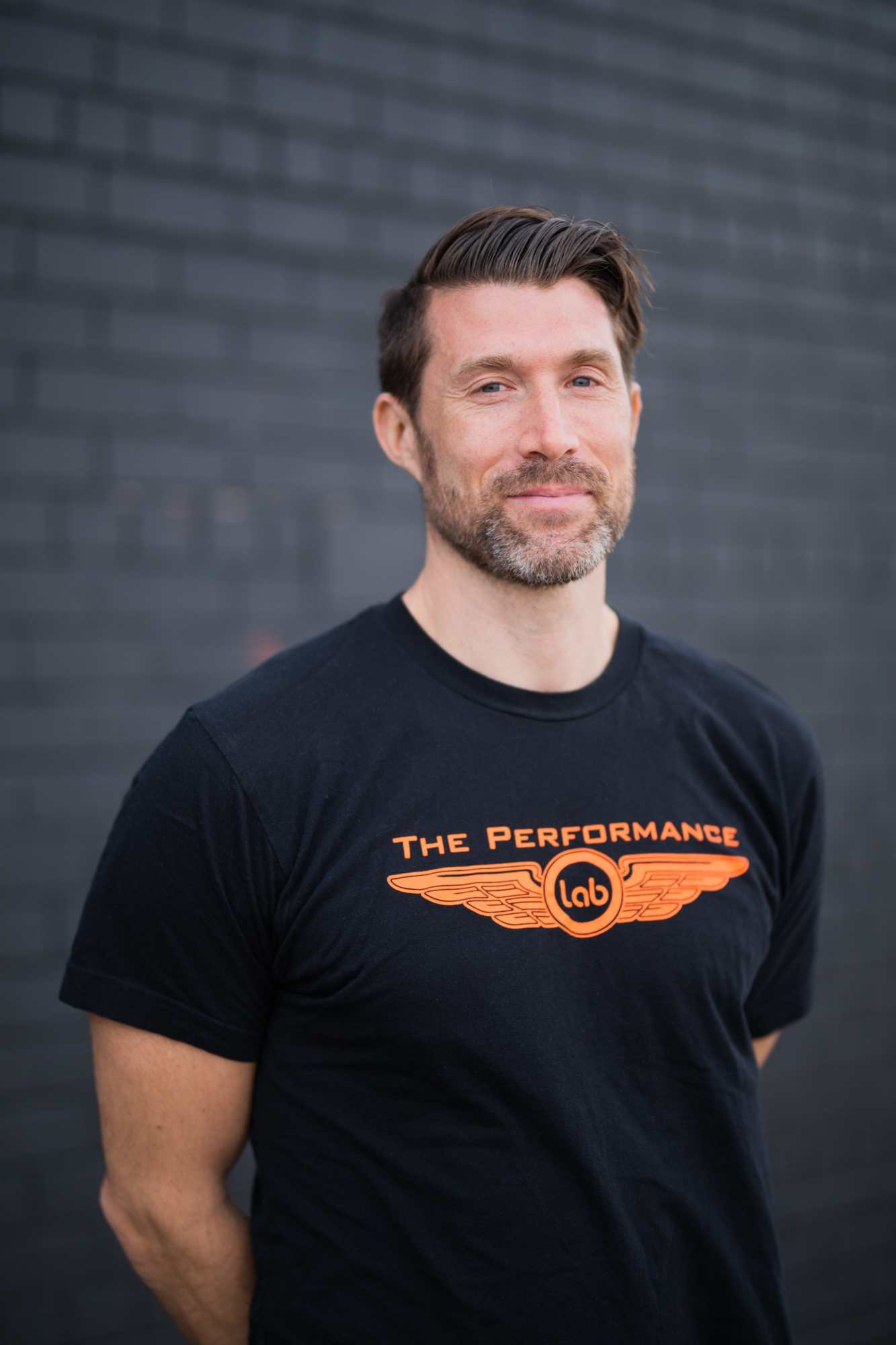 Clement Golliet is no rookie to the world of elite training. He has worked with Canadian professionals Denis Shapovalov and Bianca Andreescu since they were youths, taking on a lead role in their strength and conditioning development. Clement completed three tours working with Denis Shapovalov’s team full-time. More recently, he was Bianca Andreescu’s lead trainer, travelling with her team during her historic 2019 tour.

While Clement began his training career with athletes across many sport, he quickly established himself as a trusted and sought-after tennis trainer. He has worked with tennis players ranging in age as well as level, working with youths to adults, and beginners to professionals. Clement worked with the Canadian National team for several years, as well as with ATP/WTA professionals as a National Coach for 5+ years.

Clement received his Bachelor of Science in Kinesiology, and then became a registered kinesiologist. He has also earned his CSCS, RCSS, and his USA Weightlifting Level 1 certification. 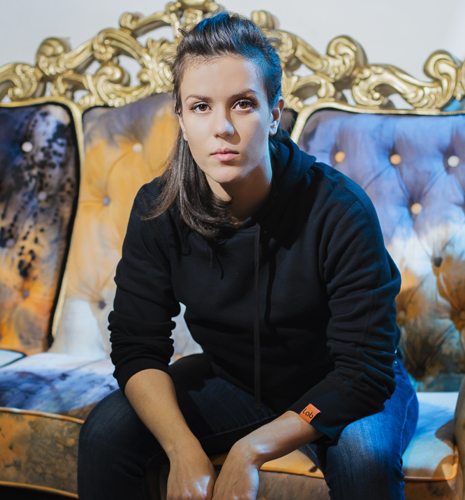 Tatjana Stankovic has a Masters of Science in Biomechanics from the University of Toronto, as well as a Bachelors of Kinesiology. After working as a Strength and Conditioning coach for four years, she has now joined The Performance Lab in a dual role as a Biomechanist and Strength and Conditioning Coach. Tatjana has worked with professional, national, and everyday athletes throughout her career.

Aside from her work on the applied side of the field, Tatjana also maintained her presence on the academic side as a sessional lecturer at UofT.

Her passion for bridging the gap between academia and practical applications stems from the Biomechanics and Sports Medicine Lab at UofT. Here she gained vast experience of working with interdisciplinary teams on research projects targeted towards developing strategies for enhancing performance and preventing injury. 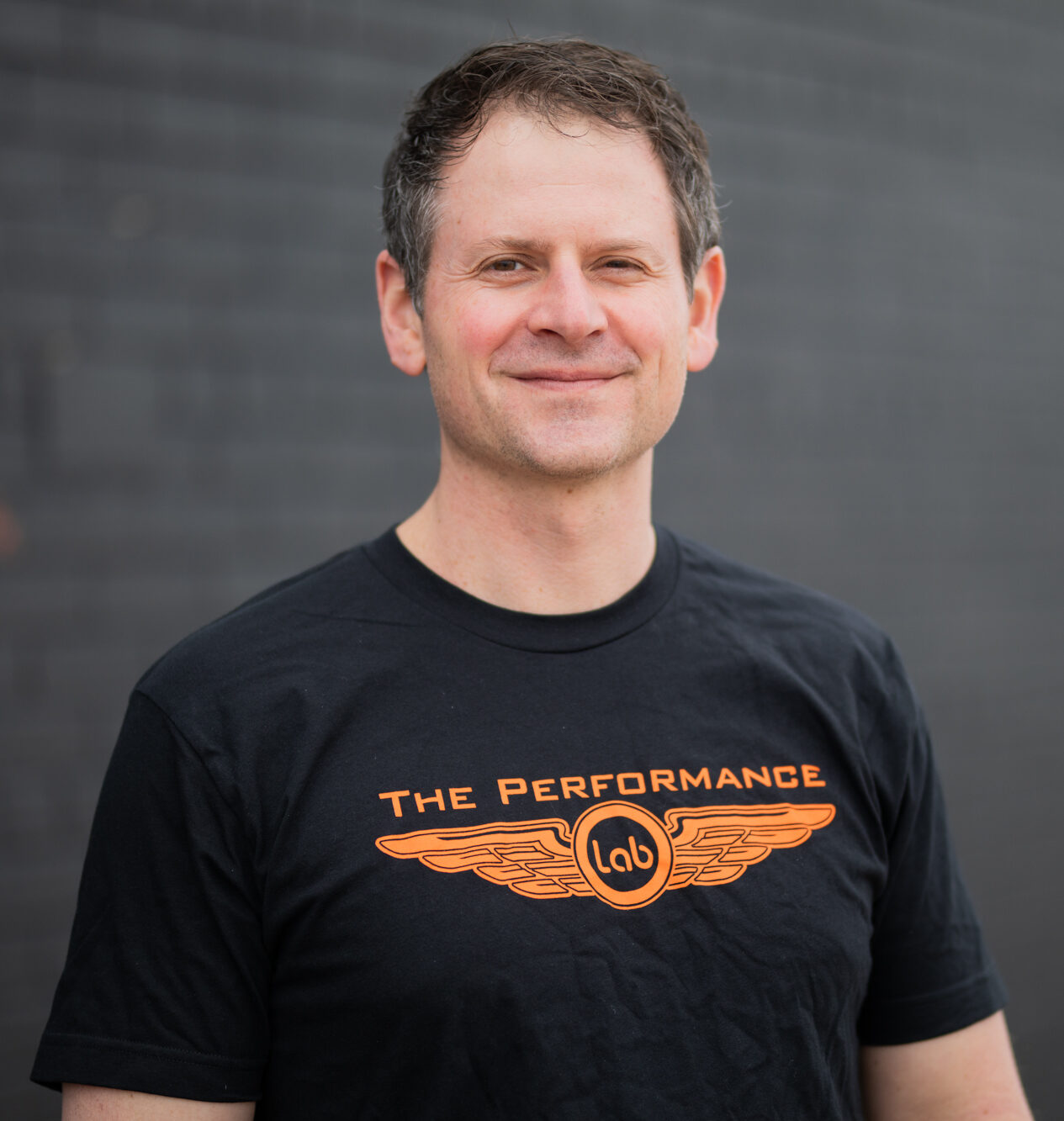 Dr. Nick Martichenko is a Performance Therapist with over 10 years of experience providing manual therapy and coaching high-level athletic development primarily in the sports of Golf & Tennis.

He is the main performance therapist on Denis Shapovalov’s team, and travels with him to many of the major tournaments throughout the year. Nick is also the head of manual therapy and strength and conditioning for Golf Ontario’s development program. Along with these specializations, Nick continues to serve as the Director of Education for SpiderTech. SpiderTech is the kinesiology tape that pioneered effective pre-cut strips that are used around the world and are still considered one of the best athletic tapes available on the market.

Nick is a proud alumnus of Robert Morris University where he played NCAA Div 1 Golf. 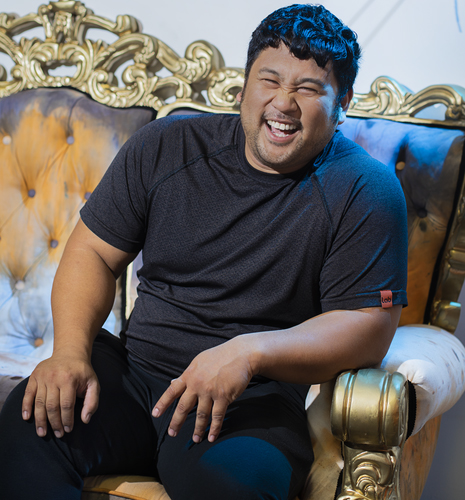 Mark Razon is the Director of Performance Training here at The Performance Lab. He has over 12 years of experience, focusing mainly on youth development, as well as national and professional athletes.

He believes that in order to be the best you must learn from the best. Aside from mentoring at The Performance Lab and learning our unique systems, Mark has had the privilege to mentor under Pete Bommarito of Bommarito Performance Institute. He has worked with Shane Sweatt from the famous Westside Barbell Club, which is highly regarded as the best power-lifting gym in the world, and he has also mentored under Dan Pfaff and Stu McMillan of the renowned speed training facility Altis.

Mark is an NCCP trained middle distance coach, a certified Bommarito Performance Systems Coach, and he has his diploma in Fitness and Health Promotion. He has an affinity for speed training and for helping athletes become stronger, faster, and more agile all while being able to stay healthy. 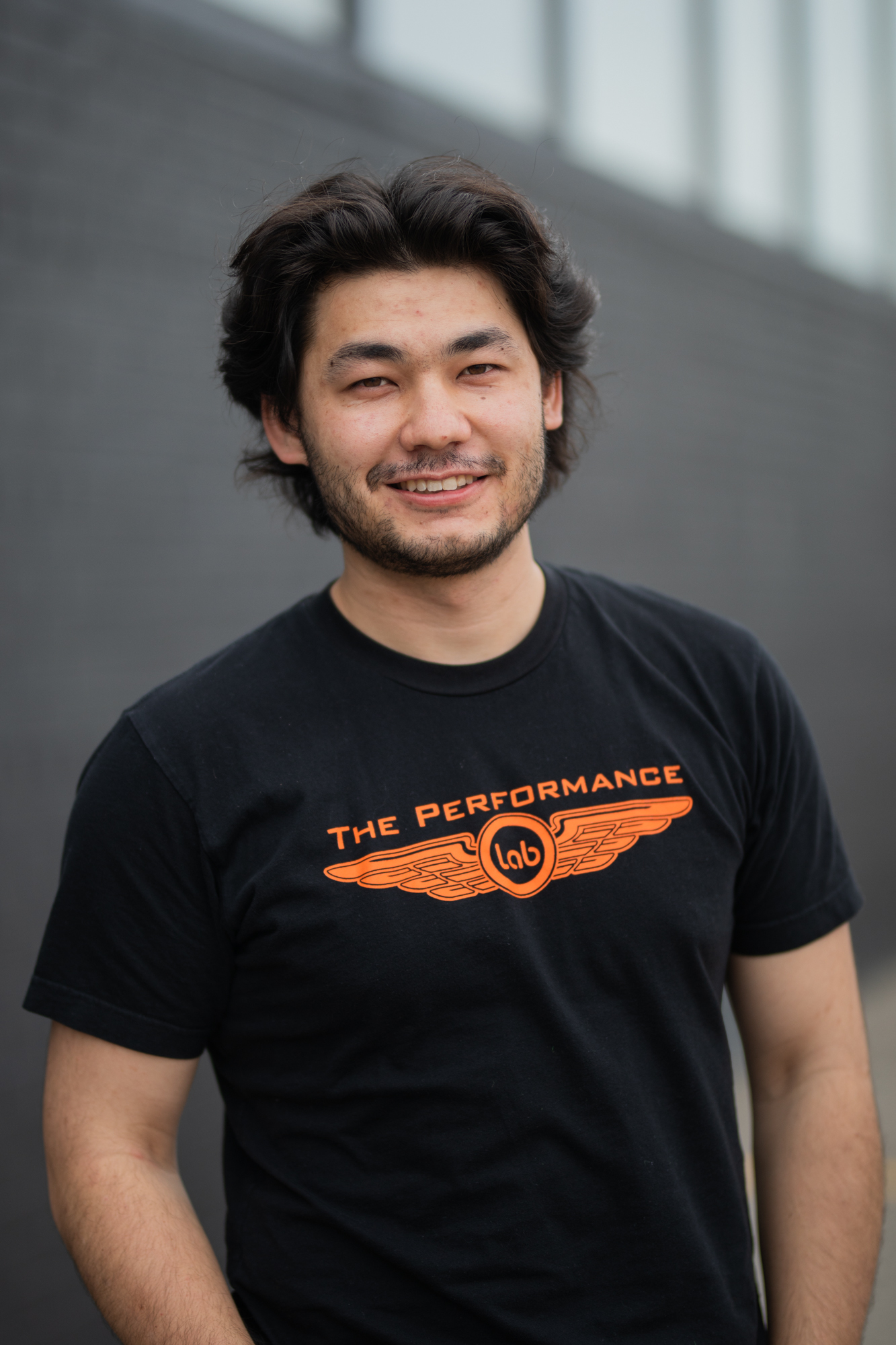 Before joining the team at The Performance Lab, Luke worked at Bell Canada as a marketing specialist on the Proactive Strategy team. Luke heads up our marketing efforts, as well as customer experience at The Lab. He also is an assistant trainer and resident baseball specialist. 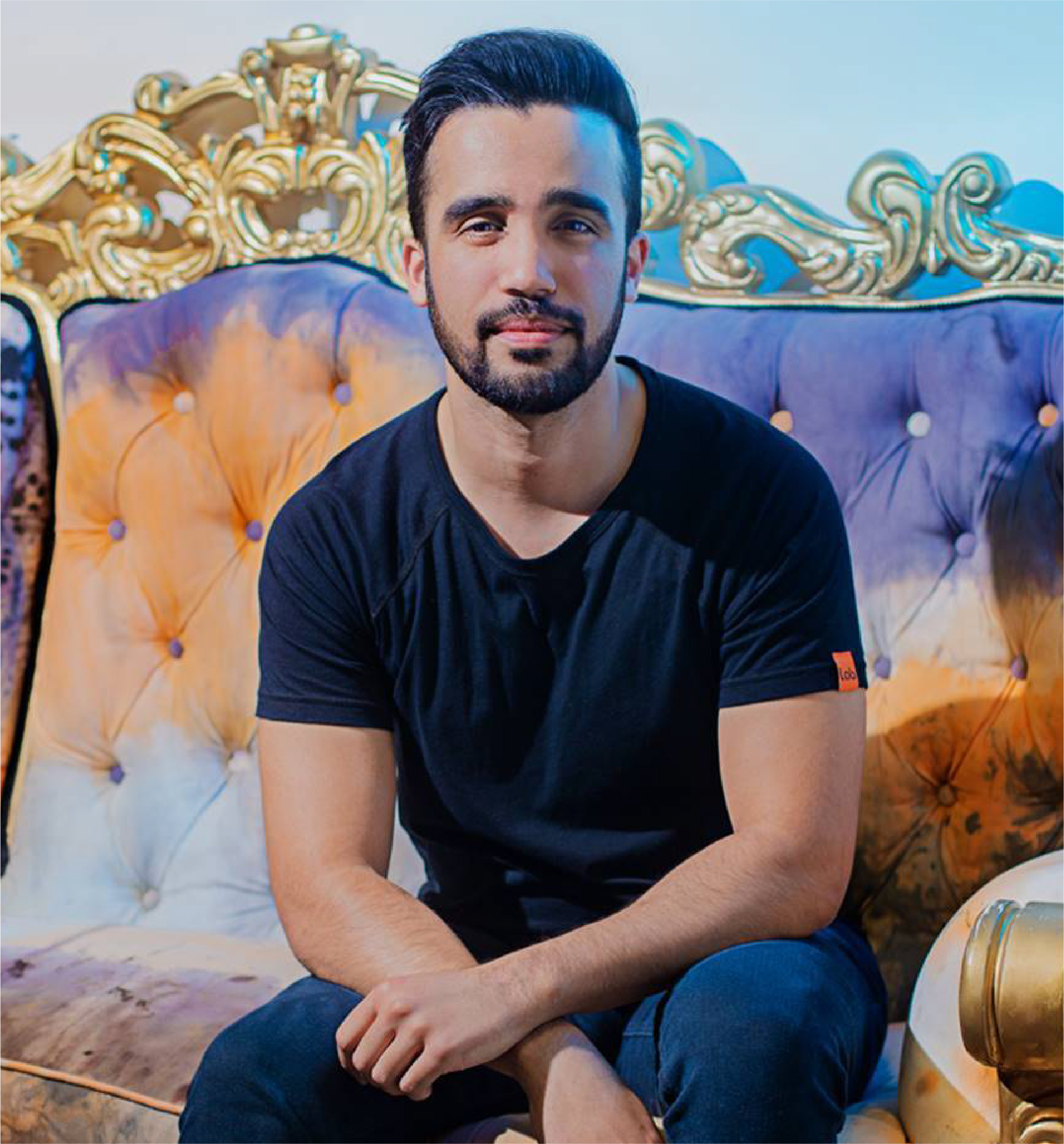 Dr. Kyle Etwaroo has a Doctor of Chiropractic degree from the Canadian Memorial Chiropractic College and a Bachelor of Science in Kinesiology with Honours from McMaster University. He works adjunctively using Medical Acupuncture, having received certification from McMaster. Continuing education in the area of sports science includes experience in FIFA Football Medicine protocols and concussion management principles from Laval University.

Kyle has been working as a performance therapist at the Lab since 2016. His professional experience also includes working as part of the Medical Team at the 2015 Pan Am Games and providing medical coverage for high level hockey, including working with the Toronto Red Wings (AAA), Toronto Marlies (AAA), and the Jamaican Olympic Ice Hockey Federation. Currently, he is a team therapist at Tennis Canada, working with WTA professionals and academy players at both private practice and Aviva Centre. He collaborates with the professional strength coaches and medical staff on a consistent basis to ensure collaborative care and growth is achieved for the program’s athletes. He combines his knowledge from his professional experience with his understanding of functional anatomy and rehabilitation to create effective treatment plans. He uses The Performance Lab’s unique approach to client care which examines an individual’s level of sport, participation, and etiology of injury in order to get them Better, Faster.